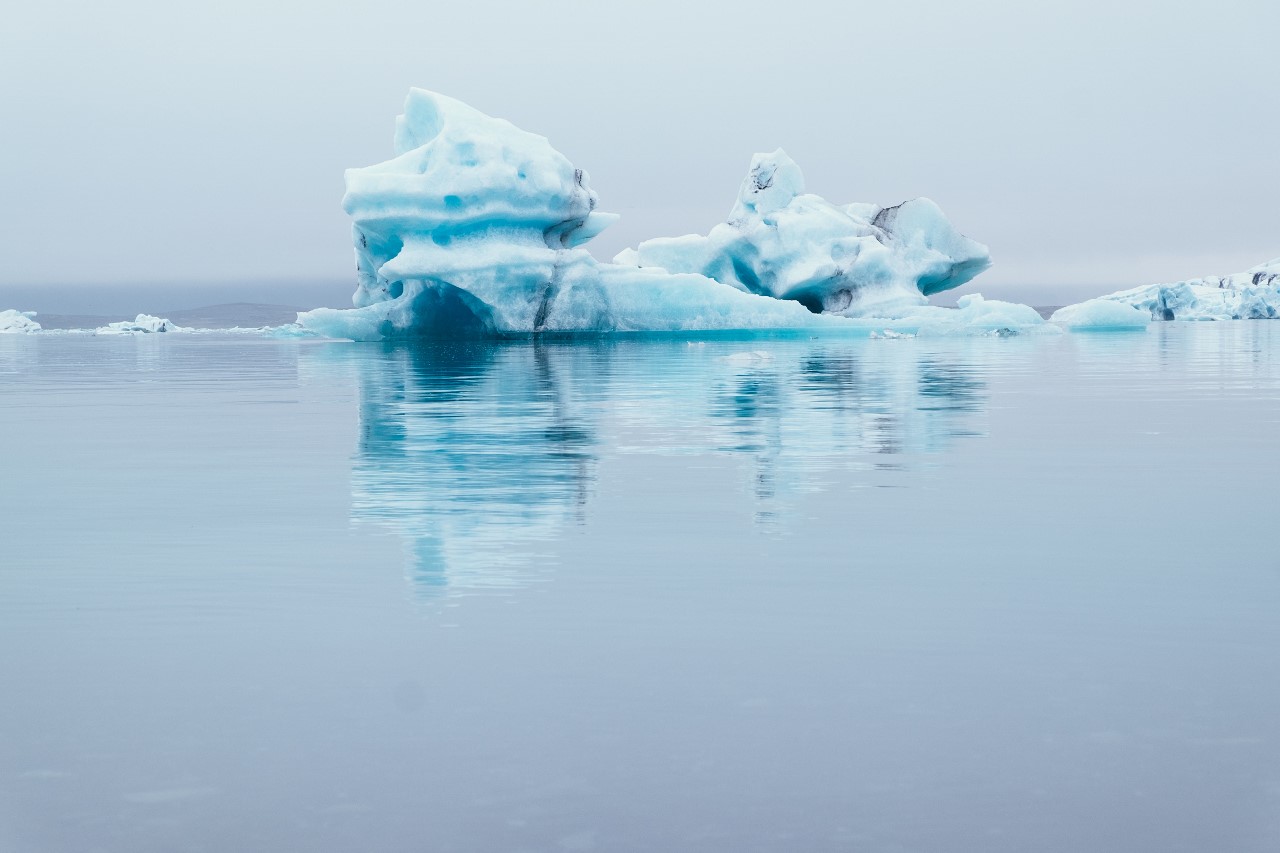 What you believe about yourself, about others & about the world is shaping who you are.

Ever heard the story of the Titanic? RMS Titanic was a British passenger liner that sank in the North Atlantic Ocean in 1912 after the ship struck an iceberg during her maiden voyage from Southampton to New York City. The collision happened because the majority of the iceberg’s mass sat below the water and not visible until it was too close and too late! According to Sigmund Freud, the human mind is a lot like an iceberg. There’s parts that are visible and within our conscious awareness, but the majority of what makes us who we are is largely unconscious. So how can you get visibility of what’s shaping you, before it’s too late for your journey?

Sigmund Freud was an Austrian neurologist and the founder of psychoanalysis, a well-regarded and used clinical method for understanding and treating psychopathology. Among many of Freud’s theories for understanding human behaviour and intention is his theory of the unconscious mind. Freud theorised that we each have a conscious mind – which we are aware of, and an unconscious mind – which is automatic and not necessarily within our conscious control or awareness. To better understand how these parts of the mind affect human behaviour and outcomes, Freud described the Human mind and behaviour using an iceberg. 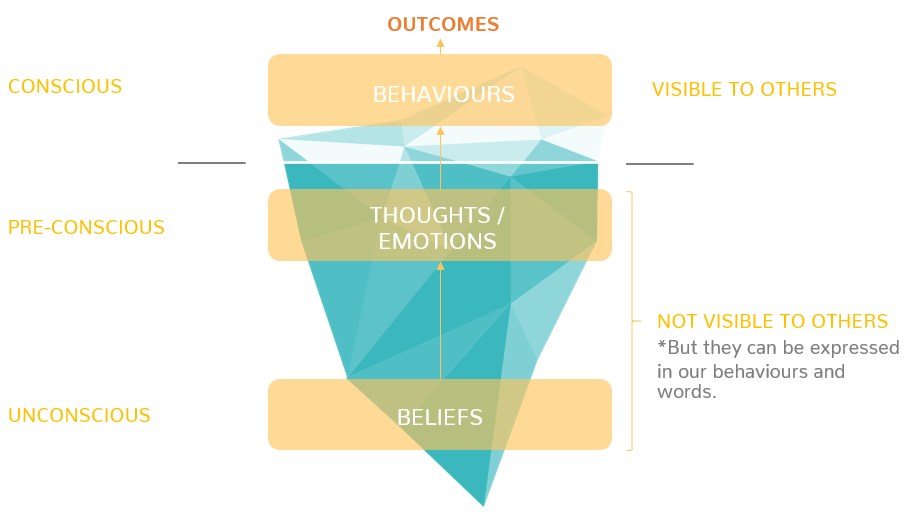 Above the water line sits your behaviours, these are clearly visible for others to see. For example, this includes all the stuff others notice you doing when forming an impressions of you. The clothes you wear, the words you speak, the gestures you make with your hands and face etc.

At the very bottom of our iceberg sits our unconscious beliefs, values and repressed thoughts, needs, motives and experiences. While these are not visible to others (thankfully!?) they can be expressed and observed through our visible behaviours, perhaps without you being consciously aware of it (oh no!).

If you don’t’ take anything else from this article then please take this – your beliefs are shaping your outcomes! Let’s take a look how…

“We become our beliefs.” – Deepak Chopra

Let’s say you are asked to do a speech at a friend’s wedding, but you have a belief that you are terrible at public speaking! As the wedding draws close, your mind is flooded with visions of you forgetting your speech, accidentally swearing, or worse blindly telling the bride how good she looks now she’s finally paid for a professional makeup artist! This leads to thoughts and an emotional state of fear and dread. This belief and the subsequent thoughts and emotions, show up in your behaviours before the speech e.g. putting off preparing for the speech to avoid thinking about it, during the speech e.g. nervous sweating and bumbling, and even after the speech e.g. avoidance of ever doing public speaking again! Your belief has shaped your thoughts, your emotions and in turn your behaviours, leading to the outcome you dreaded in the first place. Doh!

Your beliefs are many and complex. They include beliefs you have about yourself, beliefs about others, and beliefs about the world. So exploring them all is practically impossible. However, the beliefs to be most interested in getting visibility of are those that could be affecting (or limiting) your outcomes. Better known as your ‘limiting beliefs’.

Steps for uncovering your Limiting beliefs:

Step 1. Identify an area of your life where you are not getting the outcomes or results you want e.g. job interviews, public speaking, managing deadlines, relationships, etc.

Step 2. Make a list of what’s not working currently e.g. nerves, lack of planning, lack of skills or experience, lack of motivation or confidence etc.

Step 3. For each thing that’s not working, answer this question: ‘What do I believe about myself, about others and/or about the world that could be causing this outcome?’ e.g.

*If you are struggling to uncover your beliefs for yourself, sit down with someone who knows you, or perhaps with a coach or mentor. Tell them the outcomes, situations and thoughts you have about yourself, about others and about the world that could be limiting you. Ask them what they have observed you say or do in your behaviours that could provide some further insight into your beliefs?

Uncovering your beliefs requires self-reflection and self-awareness. This can take time, but with the right approach you can quickly identify beliefs that may be creating thoughts, emotions, behaviours and outcomes that are not serving you. Through a more conscious awareness of your beliefs, you can then avoid your iceberg taking down a passenger liner, a business initiative or your career, without you being consciously aware of it happening!

If your beliefs are limiting your outcomes and you’d like a coach to assist you in identifying and overcoming these, then don’t hesitate to reach out.

Freud’s Model of the Mind, Journal Psyche. (1994-2018). Retrieved from; journalpsyche.org/understanding-the-human-mind/