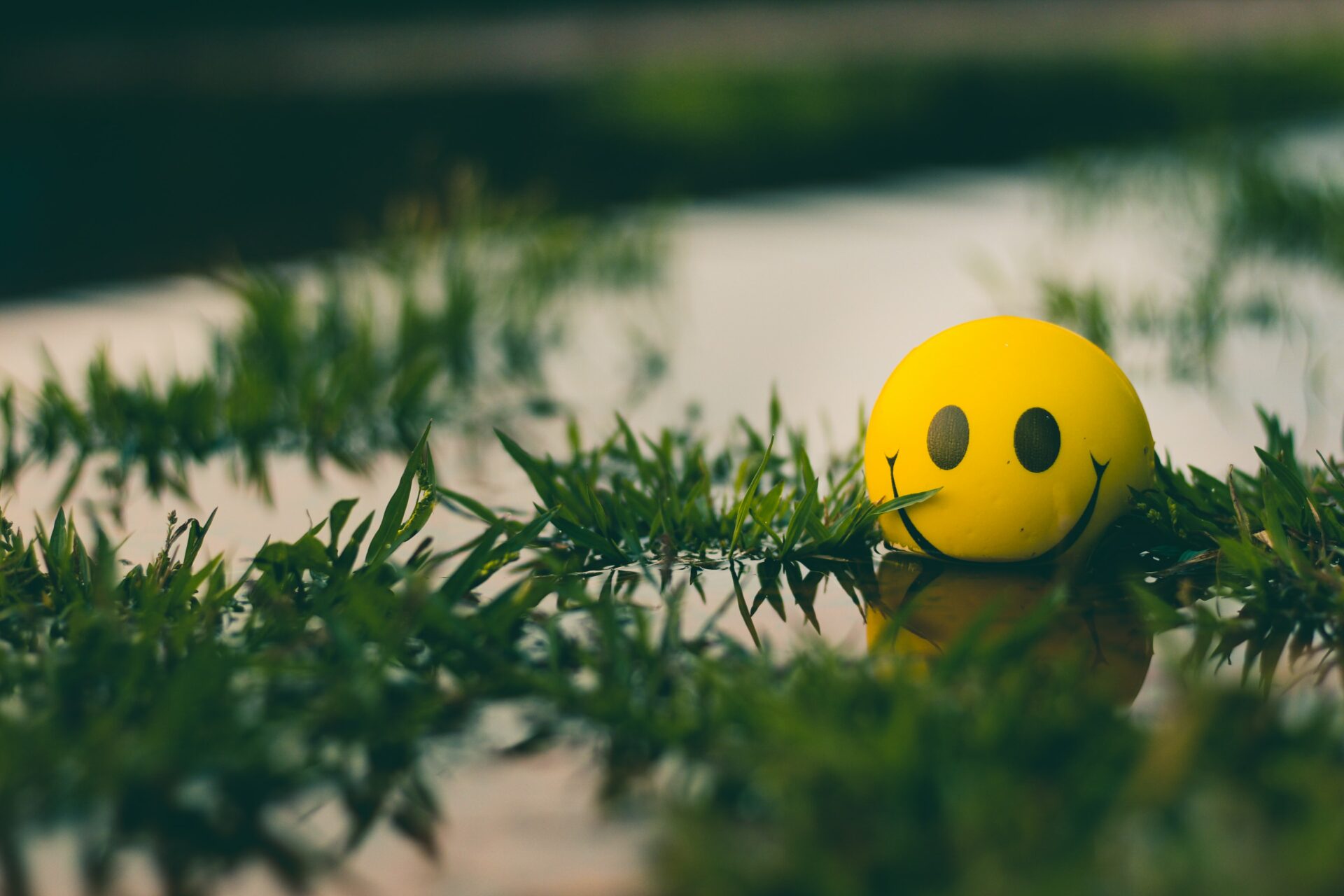 There’s an endless number of beliefs that can impact your Resilience, here’s 3 beliefs proven to cultivate Resilience in yourself, your team, or your kids!

We previously covered How Beliefs Impact Resilience, and explored how most of the beliefs that are impacting your life and outcomes are likely not your beliefs at all! There’s an endless number of beliefs that could be limiting your Resilience, but here’s 3 beliefs that can really improve it. Or put another way, here are 3 beliefs you can adopt or role model for cultivating Resilience in yourself, your team or your kids… with some great personal examples of ways Ripen CEO, Matt Hughes is helping to cultivate Resilience in his kids.

What Beliefs are you Cultivating?

Our brains are a supercomputer, with our beliefs and self-talk acting as the operating system!

Our brains are a supercomputer, with our beliefs and self-talk acting as the operating system! Put another way, that voice in your head telling you what you can, can’t, should, shouldn’t, will, won’t etc. is determining your responses and your outcomes. What if that belief you’ve been operating with is not yours at all? What if you let go of others beliefs, and decided on more realistic beliefs for yourself instead…

While these are certainly not all the beliefs we can adopt for cultivating Personal Resilience, they serve as examples of what’s possible when we consciously choose the beliefs that shape our outcomes, in ways that are more beneficial for our wellbeing and performance.

Belief #1: You can do almost anything, if you are willing to try.

The word “can’t” is something we all heard as children countless times a day, in many variations. I’ve been trying to catch myself saying “CAN’T” or “DON’T” or “SHOULDN’T” to my kids over the past 12 months, and I’m ashamed to say it’s been a lot… “You can’t put that there”, “You don’t do it like that”, “You shouldn’t go there”. Most times I’m saying things to keep them safe, or teach them how to do things in the way I’ve learned how. But the underlying message or mantra they hear is “Can’t!”. And is us telling others’ how to do something the way we’ve learned just limiting them figuring things out for themselves? Perhaps even damaging their creativity? By the time kids reach 5 years old and start to adopt some independence in their lives, they’ve been shaped by hundreds of rules around what they can and can’t do. You are likely shaped by countless times you’ve been told you can’t do something.

When it comes to Resilience, operating with an unconscious mantra of “can’t” can be really harmful for how we respond to life’s inevitable setbacks. “Can’t” as adults typically sounds like “I can’t cope”, “I can’t figure this out” or “I can’t because I’ve never learned how”.

Instead, I’ve been teaching my 5 year-old daughter, Saskia, this belief – ‘You can do almost anything if you are willing to try!’ As demonstrated in this public speaking example, beliefs present themselves in our minds as meaningful self-talk to help us respond to what’s being faced. So the best way to reshape or ‘hack’ our beliefs is to practice mantras that reinforce the new belief we want to operate with. So the mantra I get Saskia to repeat when feeling like she can’t do something or when trying something new, is:

Mantra: “Trying and practising is how I get good at new things.”

Failure is such a dirty word in many cultures. People avoid failure or situations that might lead to failure like they avoid a person coughing or sneezing in public – “It’s not good for me!”. Yet the most successful people on the planet expect and embrace failure, because they know failures are the stepping stones to success!

I caught myself getting frustrated at something I was trying to do in the garden, something I hadn’t done before, and my daughter was close by. In that moment, by silently observing my behaviour, she was learning to believe that failure is a bad thing. My frustration was telling her that doing something wrong makes daddy angry. Instead, I’ve decided to make my failures a fun thing to be celebrated. I got Saskia to look at how badly Daddy had failed, and we laughed together. I told her that I don’t mind doing something wrong and failing at it because I’m learning how to do something new, and by getting it wrong I can figure out how to get it right. My wife and I now actively find ways to fail in front of our kids, and make sure they see us reacting positively. The belief we’re teaching them is: When we make it safe to fail, we make it safe to succeed, and the mantra we repeat with them:

Mantra: “Failing helps me learn how not to do something, so I can figure out how I can.”

Belief #3: You are not responsible for other people’s behaviour.

One of the most profound lessons I’ve learned in over a decade of psychology studies and educating people on Personal Resilience is that our consciousness has a major flaw. Whatever we are experiencing, whatever situation we are in, we unconsciously put ourselves at the centre of the experience.

When someone trolls us on social media, gets angry at us in traffic or treats us poorly at work, we put ourselves in the middle of the story as if we are the lead actor in a movie focused entirely on us. This means we take on every situation as personal. The reality is; how other people think, feel and behave often has very little (if anything) to do with us! The troll on social media, the angry driver, the colleague, customer or boss at work is likely facing some of their own personal issues that are causing them to behave badly towards others. Maybe they are having a bad day, week or month. Maybe you are an easy person for them to vent their frustrations on.

Unless you treated them badly, the intensity of somebody’s reaction likely has nothing to do with you. Yes you may have done something that triggered them to react at you, but anytime anybody criticizes, rejects or mistreats you it’s likely more to do with their values, their beliefs or their situation than it is to do with yours. This belief can have a profound impact on your social resilience…

My daughter came home from school recently and said that a boy in her class told her she wasn’t beautiful. My first thought was how do I capture this boy and hang him off a cliff by his ankles until he apologises, but then I remembered my training 🙂  I suggested to Saskia that she is not responsible for how this boy thinks or behaves. I explained that often other people treat us badly because they are having a bad day, or because somebody has treated them badly. Maybe he was told recently that he wasn’t good enough, and he wanted to take it out on somebody else. I asked her to think of all the people who tell her she is beautiful (which is everyone else), and I also told her boys say stupid things to get a girls attention. She smiled. The mantra I have Saskia repeat to reinforce the belief that you are not responsible for other people’s behaviour:

Mantra: “What other people say and do has nothing to do with me.”

There’s an endless number of beliefs that you hold, which you use to interpret and respond to daily tasks and situations faced. Some of these beliefs are helpful to your Resilience, others may be hindering your wellbeing and outcomes. These 3 beliefs can really improve it. You can’t change beliefs overnight, but with conscious awareness and the right self-talk you can replace old, outdated or limiting beliefs with alternative ways of thinking that can better serve you.

If you’d like a way to cultivate Personal Resilience for you or others, our Resilience training teaches how to maximise wellbeing in all facets of work and life, including how to take charge of mindset and beliefs! Check out our Resilience Online course, or give yourself the gift of Resilience with our Practical Resilience tips.

Ripen exists to teach people how to maximise their wellbeing! We are based in Australia, but our clients are global and since 2016 we’ve delivered Personal Resilience training to thousands of individuals and teams in 25+ countries and multiple languages. We specialise in working with remote or hybrid working teams across the globe. Get in touch.

Most of the beliefs impacting your life & outcomes are not your beliefs at all! Here’s how beliefs impact Resilience & what to do about it…